My name is Petter Cook and I’m an Architect and I was one of the founders of Archigram in 1961. ArchiGram comprised of Warren chalk, Ron Herron, Dennis Crompton, David Greene Michael Webb and myself. Archigram I think was a very important stage for all of us I think that we have probably never had such a creative and exotic phenomenon in our lifetimes.

Part of the group who tended to be the older end got together working for the London
County Council. Then there was a rather predominate younger group; two of us worked in the same office. We started the broad sheet called Archigram. The first edition of Archigram was in 1961 and then by the second issue of it, by having heard about the other group
but not really knowing them personally, we made contact and they joined in.

By the time of the third issue we all contrived to be working for the same office which was Taylor Woodrow design group run by a man called Here Crosby who
had been quite a major figure in the
London architectural scene he encouraged
us and found us some money from the
Gulbenkian foundation to do an exhibit
at the ICA at that point we were still
not called Arthur Graham but people
started calling us Arthur Graham and at
certain point when we registered the
name so it was the sort of thing that
can happen in a city like London at a
certain time there’s a sufficient number
of interesting people that they formed
sub groups and the sub groups Curless
and in the coalescence I think was the
strength because the LCC group had built
buildings and the other three of us
hadn’t been with Moore’s fresh out of
school and so it was a mixture of
chemistry and the opportunity and
the spirit of the moment there was a lot
of building going on in London at that
time it was mostly pretty chunky or in
the usual developed of stuff and you
know we were sorta angry young men who
sort of bit irritated by us so mistake
come on let’s do what about this so I
think touched a moment the sort of
brutalist architecture which we in a
sense where the children are had
established itself there wasn’t anything
else that had quite come along after it
it was a bit pleased with itself action
and we were the naughty boys is
suggested a lot of a lot of hug and we
were reading space comics we were
influenced by Buckminster Fuller Warren
short later on Charles so dug up another
very interesting facet and he being the
oldest of the group the Buddha being in
a position to observe it which was in
the second world war for good or ill
they were amazing inventions timber
technology blues jointing bits of Warner
bits of string funny things you could
make with a cheap machine that was still
repairs if you combine that with but mr.
fuller don’t even know further yeah you
have a very rare interesting portmanteau
of technologies and ideas and at first
almost nobody took any notice I mean we
had difficulty selling more than a
hundred copies of the first Arthur
Graham but by the time it was then taken
up by a very famous critic of the period
called Peter Reyner Banham he got hold
of issues of ARCA Graham for and took
them to the United States and put them
under the nose of a lot of very famous
people and suddenly it was known
worldwide
[Music]
you
[Music]
you 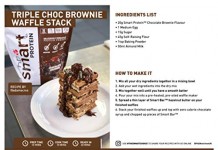 Peter Cook discusses the rise of Archigram in the 1960s in exclusive Dezeen interview...

admin - August 5, 2020
My name is Petter Cook and I'm an Architect and I was one of the founders of Archigram in 1961. ArchiGram comprised of Warren...

admin - August 5, 2020
https://youtu.be/dXdfm_JYKpY If there is a particular strand in my work that I think is profound, and yet maybe to be appreciated, is that I didn't import concepts...

admin - August 5, 2020
good okayall right good morning everyone are youguys doing todaywelcome to the GSD or whatever your guysare coming frommy name is for service and...